PacMAN takes part in an invasive species workshop in Tahiti

The PacMAN project manager Joape Ginigini took part in an invasive species workshop in Tahiti  titled Marine Biosecurity Research And Management For French Polynesia And The South Pacific Region. His excellency the President of French Polynesia Edouard Fritch (pictured in the center holding a blue file) opened the workshop.

The overall objectives of the workshop were to scope opportunities and priorities for scientific and technical cooperation around marine biosecurity management between Aotearoa New Zealand, French Polynesia and the wider South Pacific region, with Fiji being the representative through USP as well as SPREP. While all aspects of the biosecurity system were considered, there was a particular focus on tools for pest/IAS detection and management of transport pathways. Through this workshop and the production of a documentary on the subject, the organizers (Blue Cradle Initiative) hoped to promote regional capability development in biosecurity and a platform for collaboration and information sharing which is what PacMAN also aims to build.

The outcomes were to

1. Understood marine biosecurity systems and future needs for French Polynesia and the wider Pacific region in lieu of interconnectivity through the Pacific Ocean.

2. Capacity development: Established enduring relationships and avenues for knowledge transfer. The workshop has enabled the PacMAN team to capture new learnings on marine invasive species research as well identified potential partners for a possible expansion of the project into the region.

3. Work plan: Created a priority list (short-term, mid-term, and long-term) of biosecurity research needs for the region and identified funding avenues for a collaborative project.

The trip to the 2-day workshop (21-22) Sept was sponsored by the Blue Cradle Initiative in New Zealand and partly funded by USP through the PacMAN project. 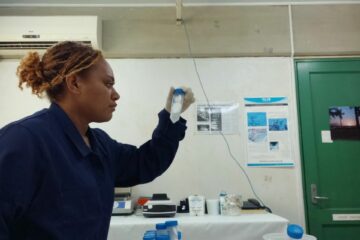 The first PacMAN scientific training course is announced. This hybrid course containing both online and on-site training will develop the capacity of local stakeholders in Fiji in marine biosecurity and the use of molecular methods Read more… 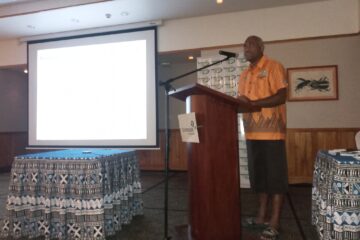